How to get the newest runners into running

One of the best things about the sport of running is that everyone can do it, from the very oldest to the very youngest. We runners have all been inspired by the octogenarians, and those even older, who have set world records for various events at Senior Games and other races.

Just as inspiring, for us at Applied Race Management, are the thousands of the newest runners  who don a pair of running shoes and head out to participate in the Healthy Kids Running Series every fall and spring. HKRS is a five-week running program for kids from Pre-K to 8th grade, held at more than 110 locations in 29 states. 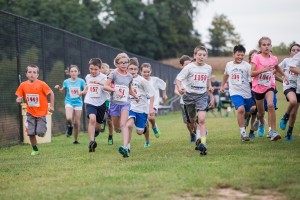 “As the founder of Healthy Kids Running Series I have been exposed to countless stories from parents, participants and coordinators of how this program has changed their lives,” said Jeff Long, who founded the program in 2009 in West Chester, Pa. “There is nothing better than hearing how one little girl beat her doctor’s odds of ever running or the inspiration HKRS instilled in one young man as he goes off to compete in the World Triathlon Championships. “Every kid has their own story of accomplishment and it is rewarding to see the impact HKRS is having in towns across the country”

The series works like this, according to the HKRS website: Each location coordinates its own five-week events, and once a week offers age appropriate races from a 50-yard dash to a 1-mile run. Kids compete each week of the Series for a chance to earn points and at the end of the Series the top boy and girl with the most points in their respective age division receive a trophy. All participants participants receive a medal and gift bag for their achievements courtesy of  sponsors.

As runners, we at Applied Race Management are thrilled to see HKRS working hard to get kids active and healthy. We’ve all heard the news about the obesity rate in the United States, especially among young people. This series is a great to help combat that. And who knows: As the next generation of runners gets a taste of the sport the next state champion in cross country or Olympic gold medalist might be among them.